The problem with not writing this stuff up right away is that the resulting posts get shorter with the passage of time. (I suppose that for some of you this is not necessarily a downside.) In any case, here’s a look at the breweries I visited in Portland in March.

This is by no means a comprehensive list of all the breweries you can visit in Portland, OR. For the most part, it’s just the breweries that were in walking distance of my hotel, as that was the easiest way to avoid getting overwhelmed with options. I’m not going to list all the beers I had while I was out there – if you’re that curious, scroll back in my untappd history to March 24 – 30. 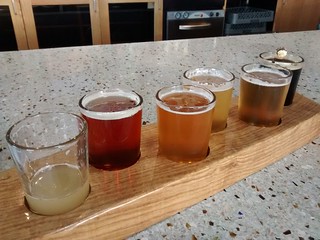 Base Camp Brewing – This was my favorite of the taprooms that I visited. They have a gorgeous bar of what I think is quartz – it’s cut in an angular design to suggest a mountain range. The beers are packaged in large format cans – the idea is that it’s more lightweight to carry with you on your hiking and camping trips. I had a flight and very much enojyed the beers, in particular the Pilgramage Saison. I brought back two cans for Handsome, one of the Lost Meridian Wit and another of a different saison, as Pilgramage wasn’t being bottled yet. 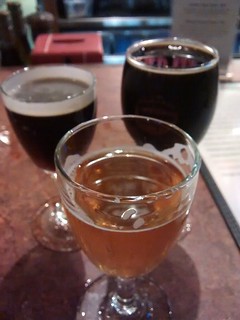 Cascade Brewing Barrel House – Cascade focuses primarily on sour beers, which I’m just starting to get into. I stopped by for dinner and some beers one night and very much enjoyed myself. It was interesting to get a sense of the range of levels of sour in their beers, many of which included fruit. I also enjoyed a blonde coffee porter that was confusing and delicious. 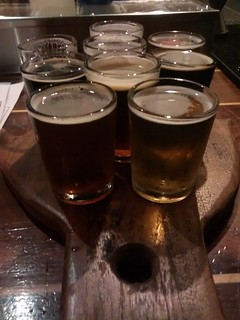 Burnside Brewing – A very cool brewery that reminded be a little bit of DC brewers 3 Stars. Lots of interesting, bold beers, and the flight was huge. 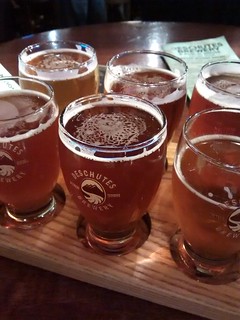 Deschutes Public House – I can get Deschutes beers here in DC, but I was still curious to check out this taproom, and was glad to swing by towards the end of a trip. Lots of IPAs on tap (I will say, I was ambivalent about that) and a great atmosphere.

Alameda Brewing Company – This was a random add-on with some friends as we explored after the conference – they were kind enough to humor me and have lunch here. I can’t say I’d seek it out again – at this point I can’t remember why, but overall, we were unimpressed. 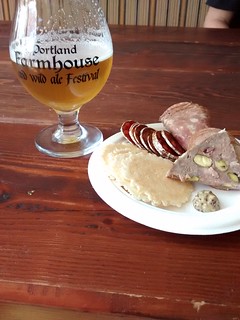 Portland Farmhouse & Wild Ale Festival @ Saraveza & Bad Habit Room – I also enjoyed many beers at this festival. It was a fun way to cap off my time in Portland – hanging around two great bars and a tent outside on a lovely day, taking time trying lots of different beers from large and small breweries alike.